German law is very different to other countries because there is no limit to the level of damages a person could have to pay out if they are found to be responsible for an accident. This is why if you ask any German person they will almost certainly have private liability insurance. To put things into perspective, have you ever done any of the following, or think this could happen to you?

If an accident happens as a result of the above you could be legally forced to pay a sum to fix any damage caused (this could be a very large amount if you cause personal injury). Thankfully the cost of the insurance is relatively cheap as we discuss later.

Below we highlight examples from ToyTown (a forum for English speakers in Germany) where people have found themselves potentially liability for thousands of Euros.

Case Study 1: Despite being hit by a tram and breaking her ankle, the women who was hit was accused of being negligent and needing to pay for resulting damages to the tram/persons on board.

Case Study 2: A women crashes her bicycle into a car accidentally and she is held liable for the damage to the car.

Case Study 3: The parents of a child who accidentally broke a guitar at school is being forced to pay for a replacement.

Case Study 4: A hotel guest who accidentally damaged a hotel door is being forced to pay for the damages.

German private liability insurance can differ significantly in Germany and it is important that your policy includes certain key extras. For instance, Gefälligkeitshandlungen (complacency damage) is one of the key extras that is sometimes not included in policies. This is a situation whereby if you have a friend help you move apartments and your friend drops your expensive TV, this insurance would therefore provide coverage for the friend to claim for a new TV.

To make things easy, we have searched through the insurance market and found that Gothaer covers the key extras that are required for a private liability insurance and is also provided at a relatively cheap price. We have summarised below the cost of a private liability insurance policy for a single person. It is up to you what total coverage amount, generally we would say that up to EUR10million of coverage is enough but if you want to be extra safe then there are other options below too.

To provide a comparison, we highlight the cost of three similar insurance policies (DEVK, Allianz and Ergo) for a single person aged 30. All of the below policies are more expensive and lack certain features compared to our highlighted pick.

Below we highlight the steps needed to complete the policy which we did in only three minutes. 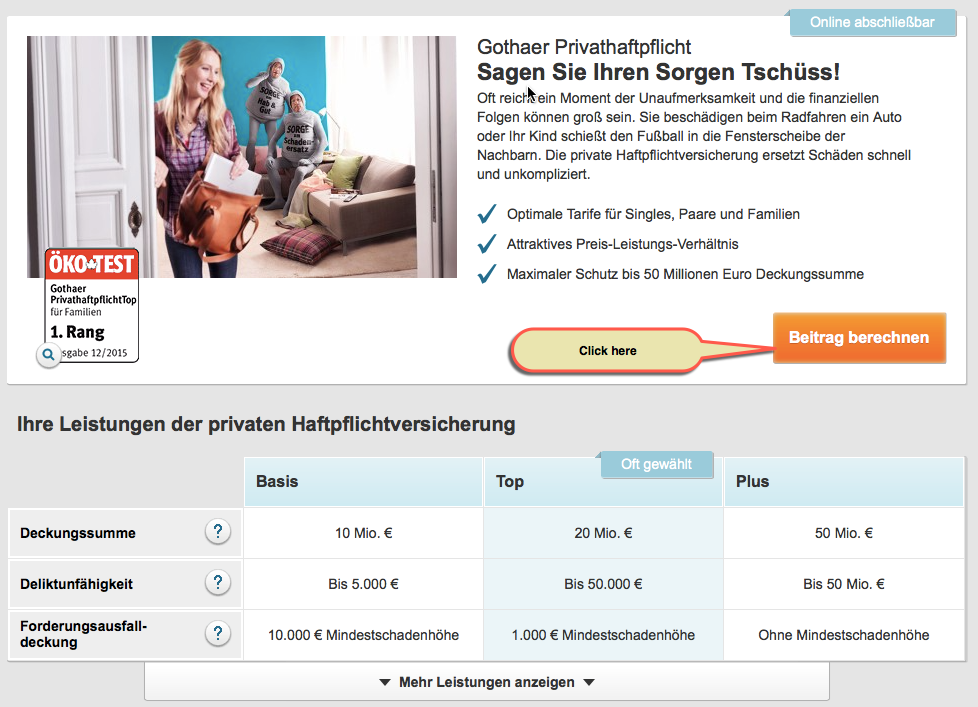 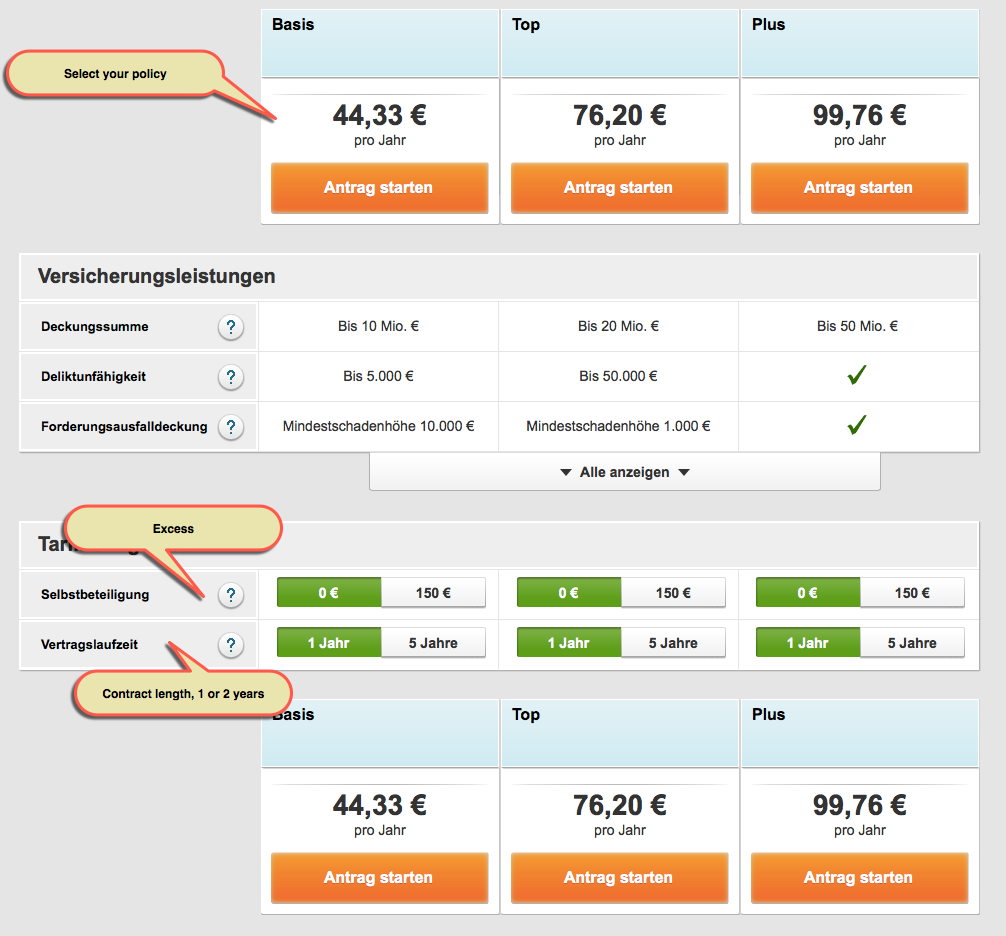 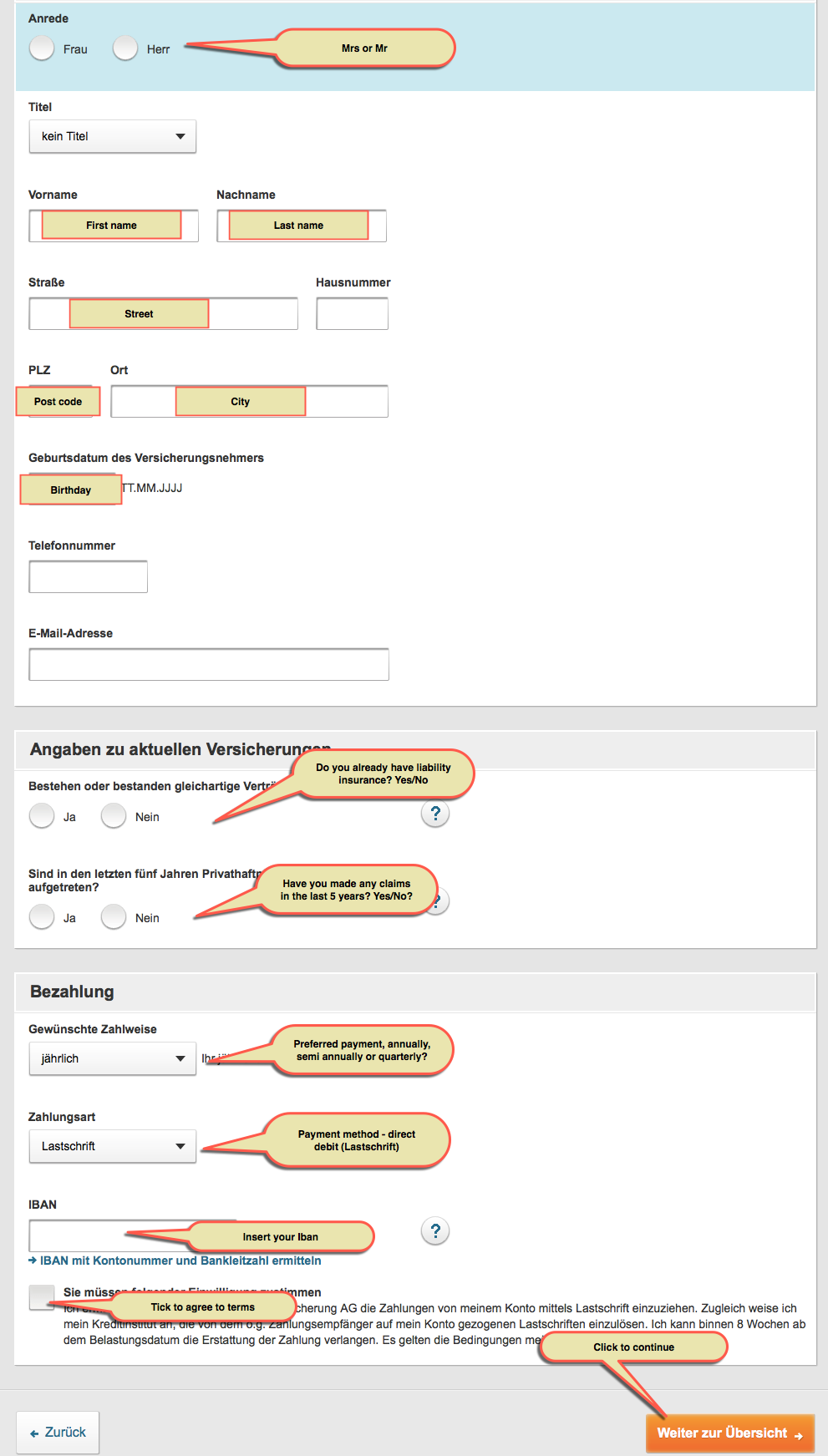 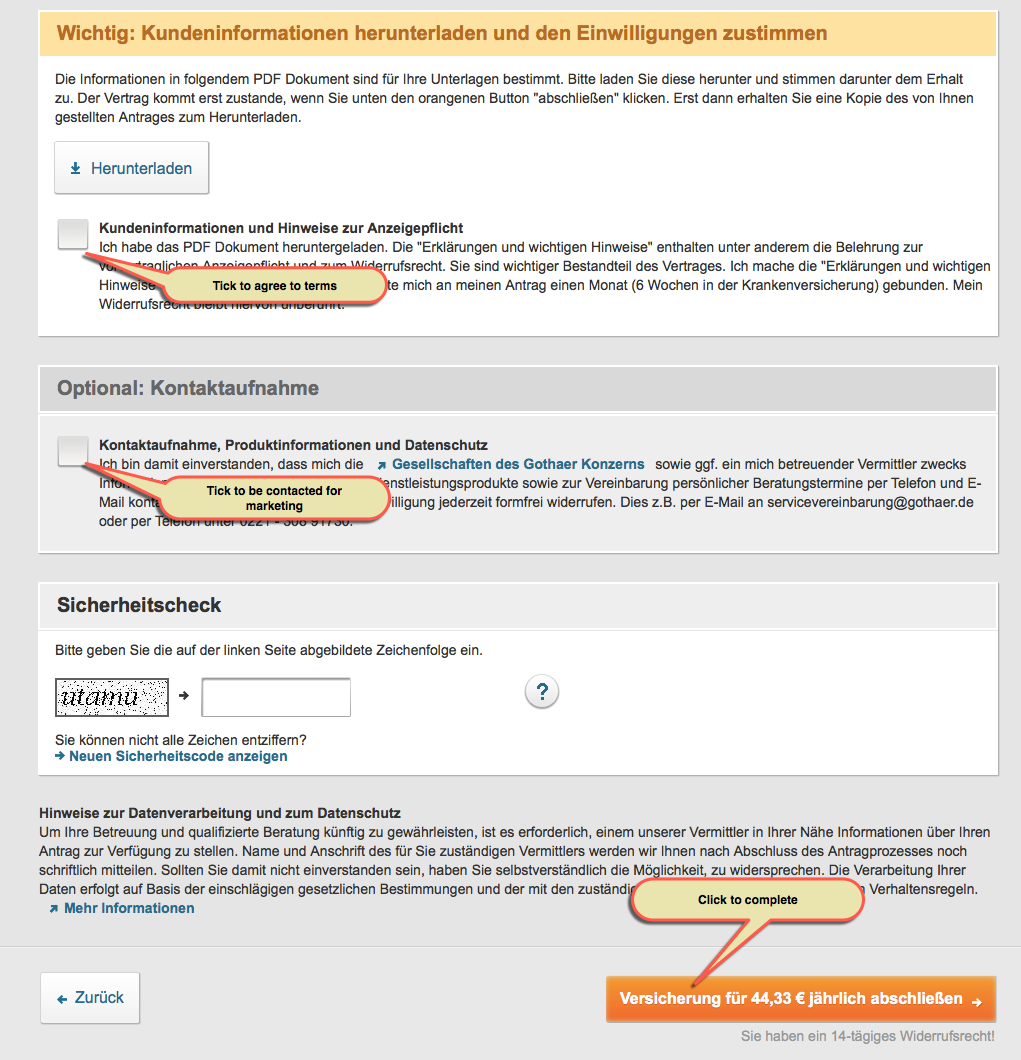 If you are married or have a partner then a liability policy for the entire household will be sufficient. Children can only be held liable for damage after the age of seven. After this age you should purchase an insurance policy that will include the child. The child will continue to be covered during their school years and even one year after the child has completed school. However if the child begins employment, starts a second degree or marries then they must insure themselves.

Other key points to note

Private liability insurance does not cover the following:

If you have found this article useful then see below for other articles where we show you how to save hundreds of Euros:

Banks – Read our article if you want a bank account in Germany that is 100% in English. It also comes with Free ATM withdrawals, no monthly fees and the account can be opened in only 8 minutes.

Mobile – Need a new phone or SIM card? We show you the best deals